Aleisha and Scott were married in garden ceremony and progressed to having photos taken at Cottesloe Beach before moving on to their reception held at the Indiana Tea House, Cottesloe, Perth. A beautiful clear day was the perfect backdrop to this couple’s wedding day. The bride looked flawless throughout and the groom looked smitten every step of the way. Congratulations to the lovely duo!

The Wedding of Ariana and Chad, Hillarys & AQWA, Perth WA

Author: Karina In: Uncategorized Comments: Comments Off on The Wedding of Ariana and Chad, Hillarys & AQWA, Perth WA

Not even rain could dampen our lovely couple’s enthusiasm on what was a drizzly 8th of October. Ariana and Chad were married in the Hillary’s boat harbour foreshore and had their recpetion at AQWA.

Their photos were taken on the beach, where all involved were slowly (and later quickly) drenched by the persistent drizzle and rain.

Ariana and Chad proved that even when the weather is less than perfect, you can still have great photos, provided your ready to smile and work through it. A silver lining to this little story is that  the rain cleared in the evening which allowed for some stunning jetty shots (rain does wonders to old wood, making it glossy and beautiful) as you can see below.

Angelica and Brett were wed on the 17th Sept 2011, a (mostly) clear and lovely day. They were first married in their local Kingdom Hall before moving on to have pictures at the Cottesloe Civic Centre and a Reception at Villa Pourzand, Cottesloe. A gorgeous couple who just couldn’t take a wrong photo!

Suraya and Greg were married on a beautiful September day, the 10th to be exact, at the picturesque Cottesloe Civic Centre followed by a scrumptious High Tea held in the aptly named Jarrah Hall. Their reception was held at the fabulous Fraser Restaurant in Kings Park. The ceremony was a lovely affair, with vows that included the brides love of shopping (and promise to not torture the groom to much with this) and the grooms love of boating
(and promise to not…am…over indulge this pleasure!). Such a stunning and gorgeous couple, we here at FWP wish them all the best!

Author: Karina In: Wedding Comments: Comments Off on Kimberely and Tim’s Wedding

Some wonderful pics from Kimberely and Tims Wedding, a beautiful day and a beautiful couple!

Author: Karina In: Wedding Comments: Comments Off on Suzie and Matt’s Wedding

Suzie and Matt, married at St. Patrick’s Basilica and Reception at the Red Herring, Fremantle. A Gorgeous Bride groom who had a fantastic and fun wedding.

Author: Karina In: Uncategorized Comments: Comments Off on Tanya and Jame’s Wedding

Breezy, wonderful Geraldton provided the perfect laid back and fun background for this lovely couple’s wedding. Married overlooking the shore and a reception in an olive grove provided us with some gorgeous romantic scenery for their pics!

Author: Karina In: Wedding Comments: Comments Off on Clare and Mark’s Wedding

What does a horse, The Darkness and Pulp Fiction have in common? They were all featured in Mark and Clare’s wedding!
From the moment we met Clare and Mark we knew that their wedding was going to be original, fun and funky. They’re just that awesome. You can expect nothing else when the groom proposed to the bride by writing “Mary me Clare!” on the side of a horse.

The bride, bridesmaid and best woman (hey, there was only room for one ‘best man’ and Mark was him) entered the gorgeous St Hilda’s Chapel in vintage inspired gowns and hair that redefined the term bouffant (Elvira had nothing on the bridesmaid). The couple exited to an acoustic rendition of ‘I believe in a thing called love’ by The Darkness and then started photos on the school grounds, eager to show of their new ‘powerful’ rings (although Captain Planet failed to make an appearance…again, probably because their pure awesomeness was just too intimidating for our green haired hero) before proceeding to the streets of Fremantle. Entering the Moore Street Building for their reception, they began dancing the night away by doing a skilful reenactment of the dance from Pulp Fiction.

It was definitely a blast and we were thrilled to be a part of it! 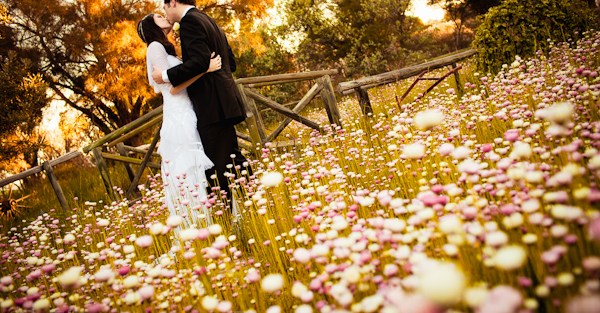 Author: Karina In: Uncategorized Comments: Comments Off on Michelle and Joel’s Wedding

Michelle and Joel were married on Friday 24th September, with photos at Cottesloe Civic Centre and reception (and some more pics) at Bridgeleigh Reception Centre. The gorgeous couple were blessed with a fantastic warm September day. With weather this good, and a couple so clearly very much in love, we couldn’t fail to get fantastic dreamy shots, even the wildflowers were in full bloom for them!  Don’t these two look magical? 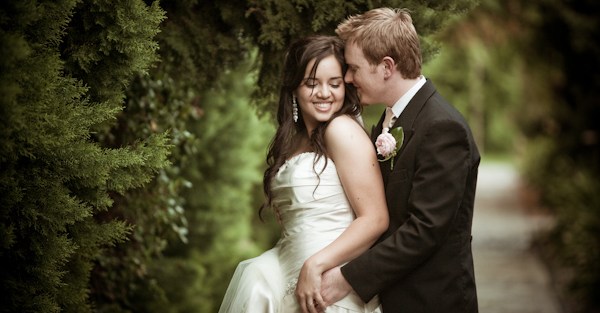 Author: Karina In: Uncategorized Comments: Comments Off on Jessica and Jonathan’s Rainy Wedding!

Even in the rain these two look fab together! It may have rained on their day but they shone just as brightly as if it had been sunny all the time.